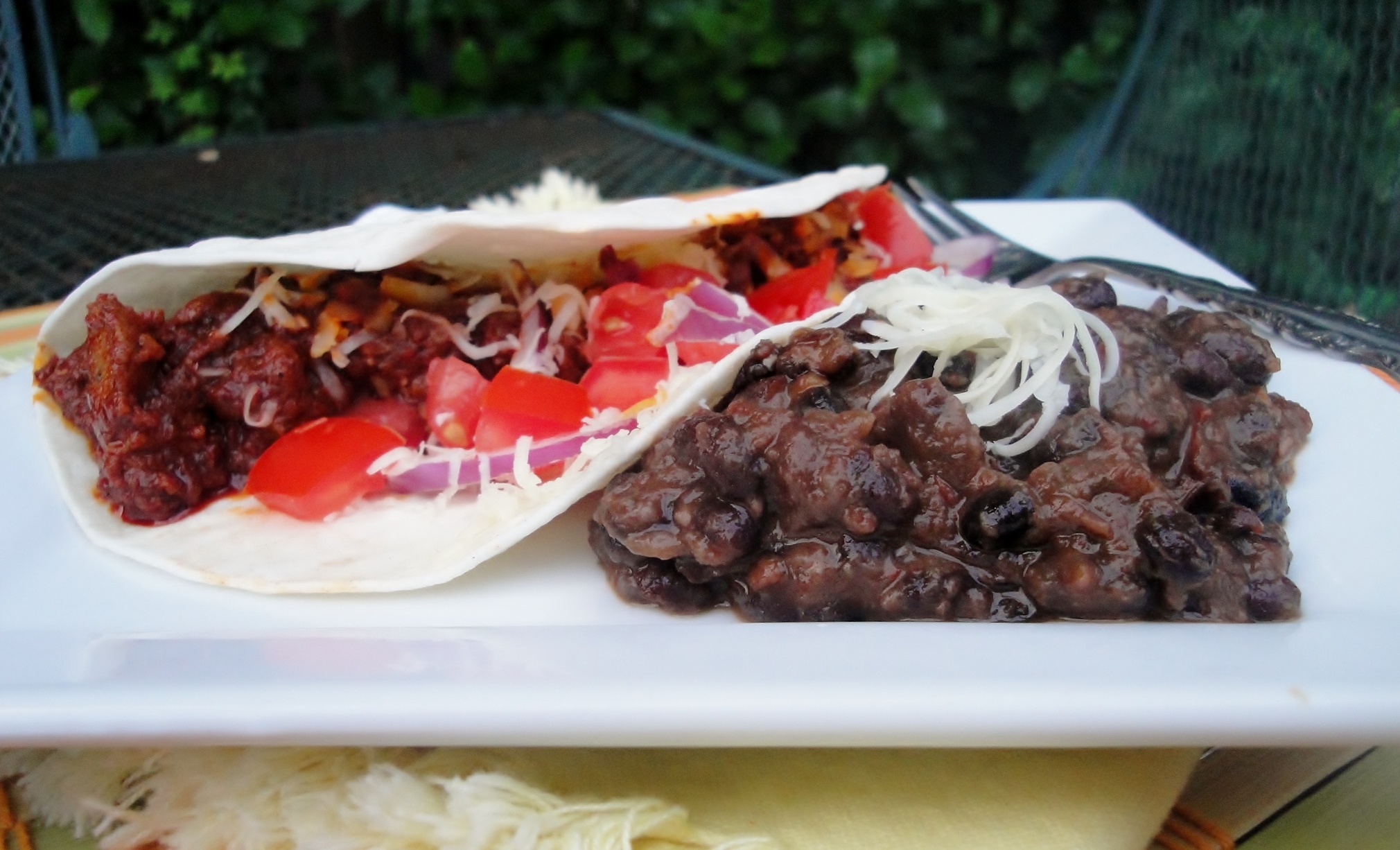 When Heather of Girlichef contacted me about whether I wanted to be a part of “The Homesick Texan Cookbook Spotlight and Cook-off” I was beyond ecstatic.

Yes, yes….of course I do! What a neat project to be a part of! Over the next 4 weeks a group of select bloggers will be cooking out of Lisa Fain’s new cookbook. Lisa Fain is a seventh-generation native Texan who was transplanted to New York City when she was 25. As excited as she was to be in the big city, she soon discovered that the food she grew up with just wasn’t available. This led her on her journey to create that food and document it on her blog of the same name The Homesick Texan. 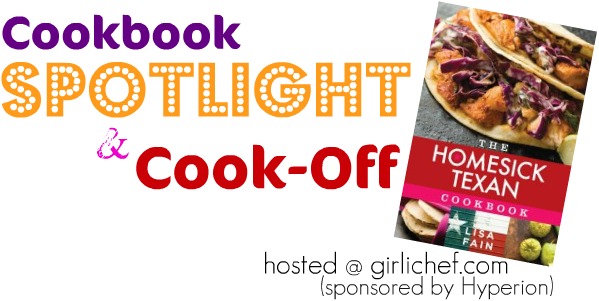 After several weeks anticipating the arrival of her cookbook, it arrived hot off the presses, literally…overnighted direct from the publisher in New York. I’d like to pretend that this is a normal occurrence around here, but I’ll admit to being a bit star struck at the thought that a cookbook not released yet to the public arrived on my doorstep and with a personal note to me. I think you’d be a bit giddy too! Seriously, how cool is that? 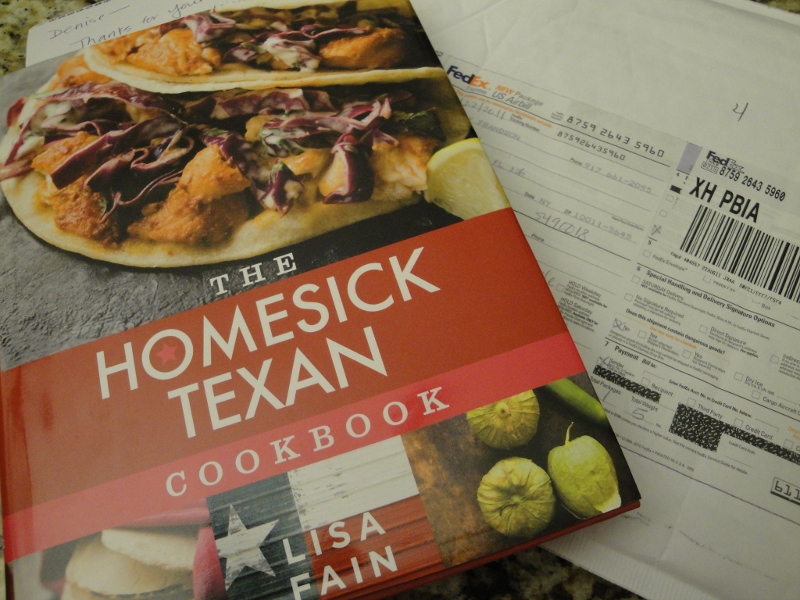 You know I’m passionate about cooking and food, and lately I’ve even mentioned cookbooks, but did you know how much I love to read? Yeah, this was beyond cool! My girls thought it was pretty neat too and gathered around me to see the cookbook. What a beauty! A big thank you to Hyperion for sponsoring this cook-off and sending a free copy to me!!

As I thumbed through the pages, I was struck by all the beautiful photos….what a gorgeous cookbook. But it’s more than beautiful, it’s chock full of amazing recipes I can’t wait to try! Over 125 of them, and I’ve already made a list of at least 25 recipes just begging me to sample. Fortunately for you guys….we get to share a few of them with you even though the book won’t be released until September 13th. It’s clear that Lisa’s heart and soul went into this cookbook, and I’ve really enjoyed getting to know her through its pages. I think you will too!

And don’t forget to stop off and visit all of my cooking mates on this journey. Heather listed them all in one place over at her site Girlichef. Heather’s site is one of my very favorite reads so be sure to spend some time on her blog too! The first 2 weeks we’ll all be cooking the same recipes, the third week we get to choose our own and the fourth week we’ll write up a review of the cookbook. See….I told you I had some exciting news!! Now onto the recipes…..

I was excited to try the pork tacos since I seem to have sampled tacos every other way, but pork. We’ve had fish tacos, shrimp tacos, steak tacos, lentil/bean tacos and of course beef tacos….but never pork tacos. I knew hubby would be excited, and he was! Having been to Texas many times on business, he was able to declare the taste was authentic after last night’s dinner.

The black beans cooked for 2 1/2 hours on the stove, and were my first ever successful attempt at dried beans from scratch. I’ve never been able to get the method down and my beans were always somewhat hard no matter what I tried. But not this time. Not only were they soft…but after all that time spent mingling with chipotle peppers, carrots, onions, garlic, cilantro, cumin and lime they were phenomenal in taste!

A couple tips for you before you get started with the recipes below.

Even after checking Whole Foods, I wasn’t able to find the pasilla chiles needed for the tacos. Several other bloggers recommended small mexican markets (which we have many), but all the markets I knew of were already closed for the day. I ended up heading back to Whole Foods on a recommendation to substitute with ancho chiles instead. Another first for me was buying and rehydrating dried chiles. I love trying new things in the kitchen! 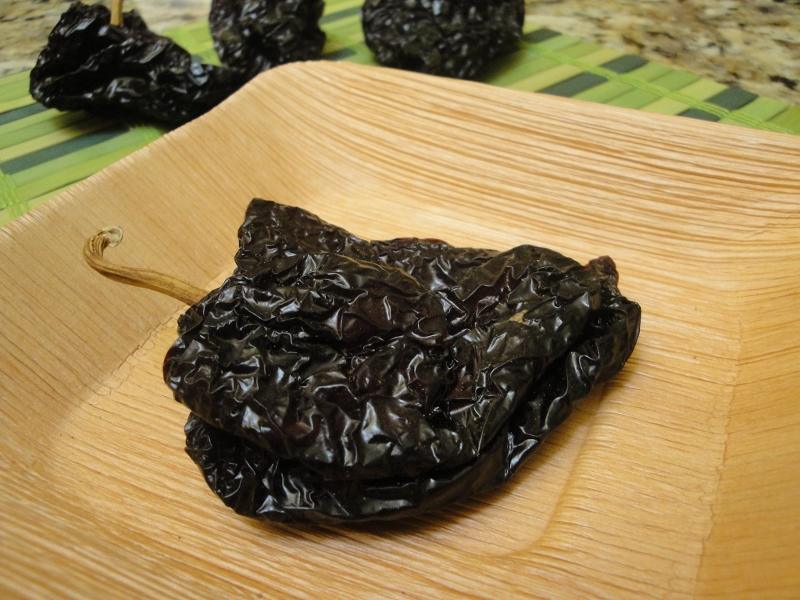 Also, even though Lisa was very clear when stating “two canned chipotle chiles” for the black beans…my inexperience working with chiles canned or dry led to a spicy blunder. I misunderstood that to mean two cans of chipotle chiles. Being nervous of that kind of heat, thankfully I used only a half a can….but that was still more than the “two” chipotle chiles called for and was super spicy. I was able to fix my mistake by mixing our black beans with additional beans once they were cooked. 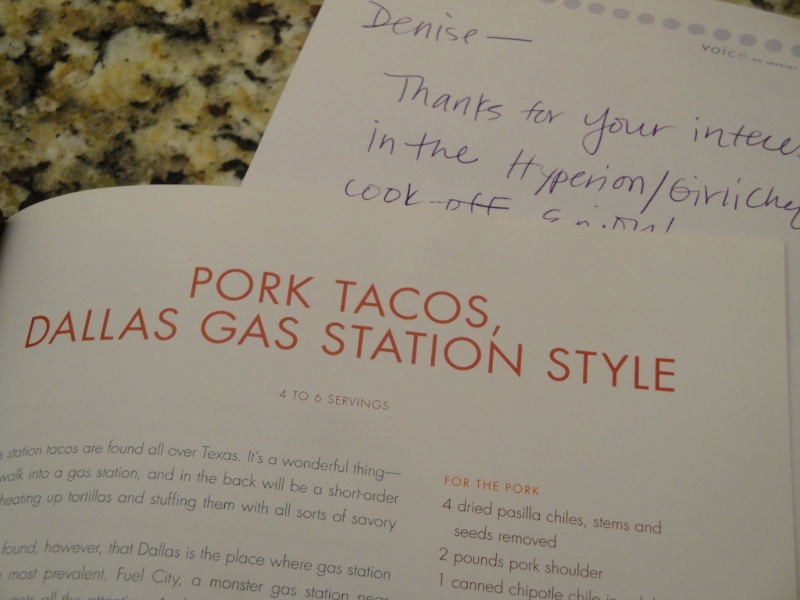 1. In a dry skillet heated on high, toast the pasilla chiles on each side for about 10 seconds or just until they start to puff. Fill the skillet with enough water to cover chiles. Leave the heat on until water begins to boil and turn off the heat and let the chiles soak until soft, about 30 minutes.

2. While the pasilla chiles are soaking, rinse the pork and trim the fat. Cut into half-inch-size pieces.

3. Once the pasilla chiles are hydrated, drain and rinse the chiles. Place the chiles in a blender along with the chipotle chile, garlic, oregano, cumin, cloves, orange juice, pineapple juice, vinegar, and olive oil. Blend until a smooth puree forms. Taste and add salt.

4. Toss the diced pork with the chile puree, place in a non-reative container, and store covered in the refrigerator for 8 hours.

5. Before cooking, let the pork sit at room temperature for 30 minutes. To cook the pork, heat the vegetable oil in a large skillet on medium. Fry the pork in the skillet for 15 minutes, stirring occasionally.

6. While the pork is cooking, place the jalepenos under the broiler and cook for 10 minutes, or until blackened, turning once. Serve pork in warm tortillas, topped with cilantro and onions along with the roasted jalepenos, lime wedges, and salsa on the side.

NOTE: Ask your butcher to cut you a 2-pound pork shoulder roast if one is available. Avoid using pork tenderloin, as this is a very lean meat and won’t taste quite as good.

1. Rinse and sort through the beans, removing any stones and shriveled beans.

2. Place the beans in a large pot and cover with 1 inch of water. Bring to a boil and then cook for 15 minutes.

3. Drain and rinse the beans in a colander in the sink.

4. Return the empty pot to the stove and on medium-low heat, warm the vegetable oil. Add the onions and carrots to the pot and while occasionally stirring, cook until the onions are translucent and the carrots are lighter, about 8 minutes. Add the garlic to the pot and cook for 30 more seconds.

5. Return the beans to the pot, along with the chipotle chiles and 1/4 cup cilantro. Cover with 2 inches of water, bring to a boil, and then turn the heat down to low and simmer uncovered for 1 1/2 hours.

6. After 1 1/2 hours, add the remaining cilantro, cumin, tomato paste, and lime juice. Taste and add salt. Cook uncovered for 30 more minutes or until beans are tender (the ultimate cooking time will depend on the freshness of your beans). When done, smash a few beans against the side of the pot with a spoon to thicken the broth. Stir the pot and serve.