Last Saturday morning we got up early for another family adventure! We are big time Disney fans, and as frequent season pass holders we really do go through Disney withdrawal when we don’t have them. We’ve been blessed to have had them 3 times over the years, but it’s been 16 long months since our last family Disney trip. Our 3 girls have been asking all year to go to Disney’s Night of Joy. Our oldest daughter has friends that go with their youth group, so of course she wanted to meet up with them. We figured this would be a great year to go because the Disney Night of Joy ticket is almost half off regular park tickets, and since we don’t have passes….it was an inexpensive Disney park ticket.

We were also excited about all the great Christian bands playing! Some of our favorites playing Saturday night (the second night which is the night we went) were MercyMe, Casting Crowns, and Britt Nicole. Disney’s Night of Joy happens every year in early September, and Disney shuts the theme park down for regular attendee’s which means you have to have a separate event ticket to attend. Regular pass holders are not able to attend Night of Joy if they don’t have a special event ticket. I’ve been wanting to attend Night of Joy for over 10 years, but let’s face it….as great as the concerts would be….I’m hard pressed to pay an additional $54 a person plus tax when we hold season passes. 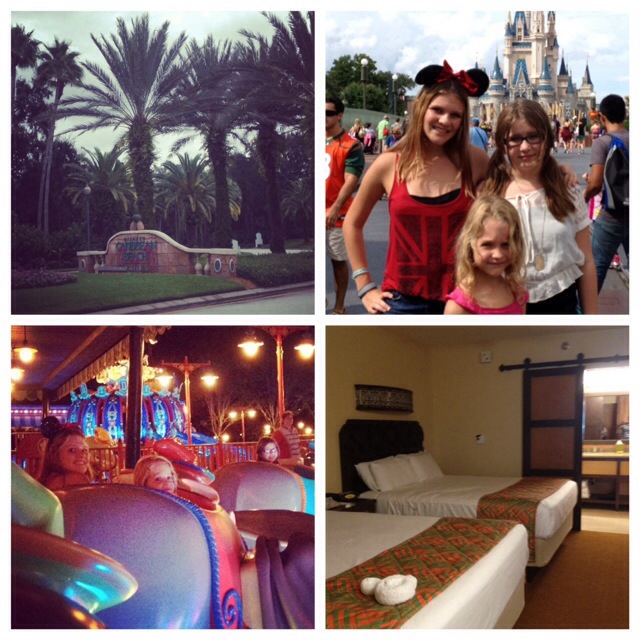 With many variables up in the air, we only finalized our trip plans 3 days before the weekend. We had Disney dollars to use, and wanted to use them for our Night of Joy tickets. Because of waiting to the last minute to make our plans, I wasn’t able to get them on a redemption card in time to purchase our group rate tickets. This led to an opportunity to stay on property. We’d buy the tickets out of pocket, and use our Disney dollars for our hotel and food. Perfect! All Disney fans love staying on property. Over the years we’ve stayed at All-Star Music and Movies (value resorts), and through food blogging opportunities we’ve been blessed to stay at the Grand Floridian (2013) and Polynesian (2012)…(both deluxe monorail resorts). Last September we met our homeschool group friends at Fort Wilderness to camp together…another FUN Disney experience!

As much as we love staying on property, we are also die-hard Windsor Hill Resort fans. If you’re looking for an inexpensive option off property to stay in a spacious home close to the parks (it works out to be less expensive than nightly hotel rates!!), the like new Windsor Hills townhomes, condos and even big houses are for you. For trips longer than a week, this is where we stay. Information for renting here or directly through VRBO (vacation rental by owner). I really do need to do up a post on our stays at Windsor Hills Resort. 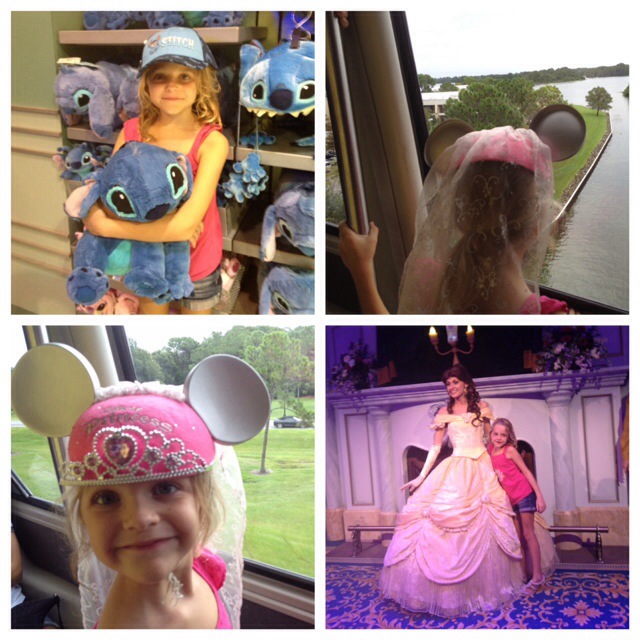 This was our first time staying at a Disney moderate resort, and the girls were super excited! We got a special group rate because of our Night of Joy group rate through our church youth group, and had an amazing time Sunday hanging out at the resort. There were many Disney activities at the pool….an activities coordinator did lots of games (with prizes!), relays and activities with the kids poolside (hula hooping and Disney trivia games….my girls won!!) My oldest daughter hashtagged her picture on Instagram #DisneytriviaWINNERS exclaiming that “watching countless hours of Disney movies pays off.” 😉

We were very impressed with Disney’s Caribbean Beach Resort. They’ve been renovating rooms, and we stayed in Aruba 52 which was renovated, and had a trundle bed for our littlest (which she loved!). I can’t believe I didn’t get a picture of it unfolded. You can see the trundle in the last photo below (it’s under the tv), and it just opens up (folds down from the wall). A cute mural of Mickey and Pluto is painted inside on the wall part of the trundle….Mickey laying on a hammock with Pluto sitting beside him on a beach. So cute! Here’s a link to see a picture of it (and many photos of the resort).

We only had 9 hours in Magic Kingdom Saturday night, but we sure made the most of it! The park closes for regular attendee’s at 7pm. Night of Joy technically runs from 7 – 1am. The group ticket gets you into the park at 4:00 which gives you 3 extra hours to ride rides. We were told by one castmember that they technically let everyone into the park at 4:00 whether it’s a group ticket or not. From what I could tell, that seemed to be the case. Night of Joy also meant fastpasses weren’t being used, but since there were less people in the parks….you really didn’t need them. Most rides only had a 10-15 minute wait, many were walk on rides (especially when a concert started on the main stage in front of the castle), and some had long lines regardless because of their popularity…..like Big Thunder, Splash Mountain, Space Mountain and the new Seven Dwarfs Mine Train ride!

There was FREEDOM in a sense from not using fastpasses, because we are quite adept at making the most of them which always means hubby or one of us running down a fastpass which does mean a lot more walking. This was our first time having magic bands, but because there were no fastpasses, they were only used to open our hotel door. Because Disney is always changing and evolving, we still have the fastpass plus system to learn next time we go but I’ve heard good things about it. Change can be hard for die-hard Disney fans (as in the case of learning a whole new fastpass system), but is also very fun in the form of new rides and attractions!

This time the new ride was the Seven Dwarfs Mine Train in Fantasyland….a ride we were all super excited to try! I suffer from vertigo, and though I can keep it at bay most times….it also limits me at amusement parks. I can’t ride most roller coasters. Back in the day, hubby and I used to ride the big, crazy looped upside down rollercoasters like Kumba at Busch Gardens, but not since I’ve been dealing with vertigo (16 years). That means I get my thrill from the drop in the Pirates of the Caribbean ride, Soarin’ and Maelstrom in Norway. I was excited to try it because I had heard it was a cross between Barnstormer and Big Thunder Mountain. I used to love Big Thunder before my vertigo, and had tried it once with my oldest daughter a few years back. It didn’t set off the vertigo, but there were 3 corkscrews in a row that almost got me. 🙂

I also researched it online, and watched videos on you tube. Since it was described as tamer than Big Thunder and also a smooth ride…I was excited to give it a go. I also love anytime we are able to add to the rides we can ride as a family since I obviously don’t ride the Disney mountains with my family. The wait for the ride was 55 minutes (we waited until one of the big concerts was on stage) which wasn’t too bad considering I’ve heard it can be almost 2 hours at times if you don’t have a fastpass.

I can’t believe I didn’t snap any pictures. Main reason was that we rode it at night so I knew they wouldn’t turn out well. But still I’d love to have some to share with  you all. The wait went fairly quickly, and was well worth it! The theming while in line was amazing, and they had a few neat areas you can participate in. In typical Disney style, the Seven Dwarfs Mine Train is incredibly themed. It’s located right across from the Winnie the Pooh ride, and blends into the area beautifully. Even the trees look real! THE VERDICT – I CAN RIDE THE RIDE!!! No vertigo issues. I even rode it twice. The first time I was in the front car with my middle daughter, and the second time I was in the last car with my little one. I only notice that I shouldn’t put my arms in the air as that started to affect me. The ride is fast and smooth…fun and thrilling!! I’m SO excited that we now I have a roller coaster we can ride as a family!!

Disclaimer: This is not a sponsored post. Just sharing about businesses I love and use regularly.