Birthdays past ~ part one

If you’ve been reading for awhile, you may know I have three girls ages 12, 8 and 3 1/2. Yesterday we celebrated a birthday in our family. It was a very special day because 9 years ago my middle daughter was born. 9 years ago yesterday I became a mom of two. On that day I never realized I’d one day ever have a third child. Happy Birthday Sweetie!! Let’s take a stroll down memory lane……

Every pregnancy I’ve had has been a difficult one. With my first one my health was in jeopardy, but I was so new to it and just excited to be pregnant that I was clueless. I developed pre-eclampsia, and at 33 weeks they delivered my oldest daughter by an emergency cesarean for my safety and hers. Not only was she 7 weeks early, her growth rate had slowed and she was only 3 lbs 10 oz and 16 inches long. Though completely healthy, she spent 18 days in the NICU (neonatal intensive care unit) to put on weight and learn how to regulate her body temperature. Today she’s a thriving (almost) teenager who’s already my size. 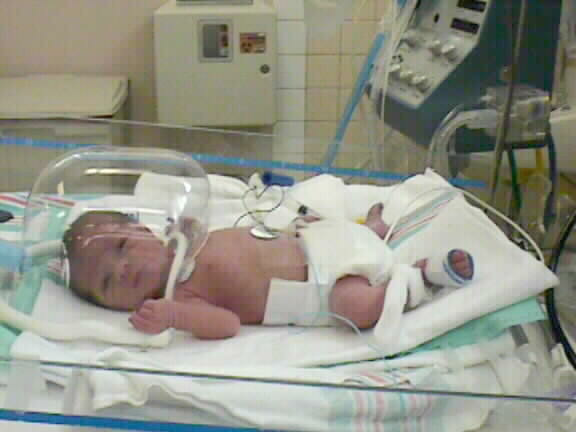 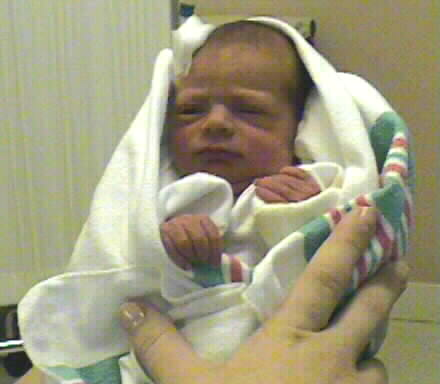 When I became pregnant with my middle daughter (whose birthday we’re celebrating!), they weren’t sure what had caused the pre-eclampsia in the other pregnancy, so they wanted me to take heparin shots (a blood thinner) throughout my pregnancy to make sure the same thing that happened during my first wouldn’t happen with my second.

Me….a needle phobic person….would have to have 2 shots a day exactly 12 hours apart for the duration of the pregnancy and until she was 6 weeks old. We found out after the fact….when they tested my blood….the shots had not been necessary (so I didn’t do them with my third child and my pregnancy was completely normal with a full-term birth). By the last month of the pregnancy I even began giving the shots to myself. Crazy…… 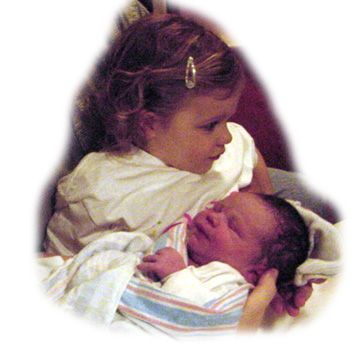 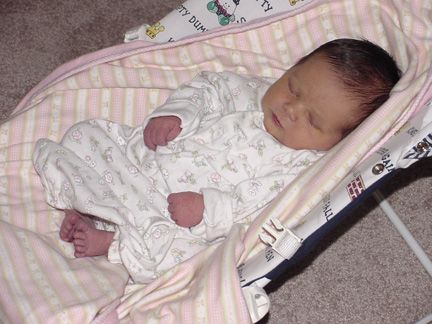 Her birth was a normal one (no c-section), and I was able to bring her home when she was only 2 days old. I was thrilled!! Leaving my firstborn in the hospital had been the hardest thing I’d ever done. My middle daughter was such an easy baby. I thought, “Wow…this is what full-term infants are like.” Getting up twice a night, instead of every 2 hours with a preemie, and then eventually only once a night. She used to hang out in her bouncy seat just taking everything in, and hardly made a peep unless she was hungry. As a toddler when she learned how to open up the fridge, she’d bring me what she wanted to eat. It was cute!

At age 4 she taught herself to read. She had been watching the Leap Frog dvds and knew all her letter sounds, and one day she picked up the beginning readers and just started in, “The fat cat sat.” I was blown away. She’s very smart, and it’s uncanny the kind of math that she can do in her head, or what a gifted speller she is.

As usual with my “family memory” posts, this one got incredibly long so I broke it up into two parts. Stay tuned for Part 2 of this post where I go into birthday celebrations of years past with a lot of birthday photos (later this week). I’ll also be sharing another Thanksgiving favorite recipe this week as well.

** Your turn ~ I want to hear what you relate to in this post. Did you have a difficult pregnancy? Or a preemie? Let me get to know you! **

7 Responses to Birthdays past ~ part one

Leave a Reply to Anne-Marie @ This Mama Cooks! Cancel reply